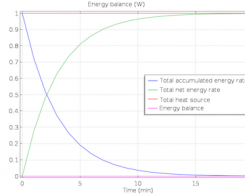 How to Calculate Mass Conservation and Energy Balance

As a technical support engineer, one of the most common technical questions I receive is: “How can I compute the mass conservation of a fluid flow simulation or the energy balance of a conjugate heat transfer simulation?” This is often requested to investigate and ensure a simulation’s accuracy. Here, I will demonstrate how to perform these calculations in the COMSOL Multiphysics® software and introduce some predefined variables available for postprocessing the energy rate terms of the energy balance equation. 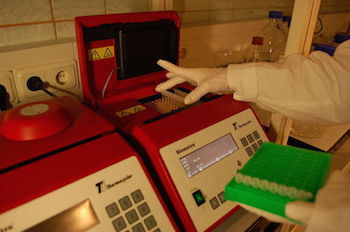 Polymerase chain reaction tests have many applications within medical and biological research. In the past, these tests have been performed within a laboratory setting due to their high power requirements and the slow speed at which results are delivered. Researchers at the University of California, Berkeley have developed a new LED-based polymerase chain reaction system that, with its simplicity and speed, could be used in point-of-care testing. 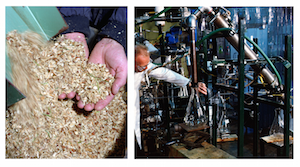 Biofuels are recognized as a valued source of renewable energy, with applications ranging from heating buildings to powering transportation. Increasing the availability of these fuels requires an understanding of the processes behind biomass conversion. With the help of COMSOL Multiphysics® simulation software, researchers at NREL are seeking to optimize such processes, making biofuel conversion more efficient and cost-effective.

Phase change energy storage is an effective approach to conserving thermal energy in a number of applications. An important element in the efficiency of this storage process is the melting rate of the phase-change material, the storage medium. Using the principle of the constructal law as their foundation, a team of researchers sought to advance the performance of these storage systems. 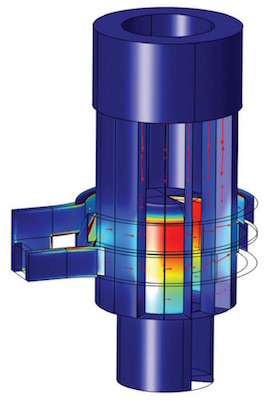 Solar energy is created by combining sunlight with a semiconducting material, often silicon. But solar, or photovoltaic, cells require such a high-quality silicon that the manufacturing process is complicated and costly. As a photovoltaic material producer and furnace manufacturer, EMIX turned to COMSOL Multiphysics® simulation software to optimize their cold crucible continuous casting (4C) process and create the silicon needed for a more efficient solar-powered world. 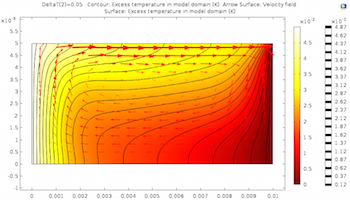 Previously on the blog, we introduced you to the tears of wine phenomenon and its cause — the Marangoni effect. This effect results from a gradient of surface tension at the interface between two phases. In situations where a surface gradient is temperature dependent, the Marangoni effect is referred to as Marangoni convection. Here, we will demonstrate how to analyze Marangoni convection in COMSOL Multiphysics and easily separate effects, such as gravity, in your simulations. 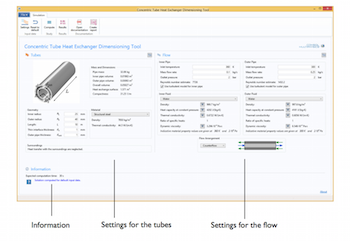 By design, heat exchangers transfer heat from one source to another. When analyzing the efficiency of this heat transfer, it is important to consider the impact of the system’s dimensions. Simulation offers a simplified approach to testing the performance of various designs. With simulation apps, you can now bring this power into the hands of those who are not simulation experts. Let’s get started by exploring the Concentric Tube Heat Exchanger Dimensioning Tool demo app. 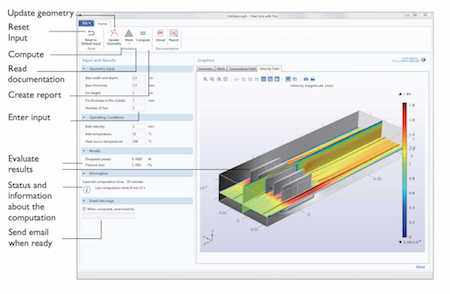 Heat sinks are components designed to cool off devices by dissipating heat. They can be used passively or in active cooling systems combined with fans for example. When optimizing heat sink designs, you can turn to simulation for guidance. But what if you could simplify the design process by embedding your model in an app? You can — and the Heat Sink with Fins demo app is here to get you started.