It’s a well-known fact that hydrogen is the most abundant element in the universe. The scientist behind the discovery? Astronomer Cecilia Payne-Gaposchkin (née Payne). As a child, Payne expressed an interest in science, which later rocketed into a lifelong career in astronomy. In her research, she identified what stars are truly made of and set the foundation for all studies on variable stars. Today, Payne-Gaposchkin is an inspiration for aspiring and current astronomers across the world.

Cecilia Payne-Gaposchkin was born on May 10, 1900, in Wendover, England. She gravitated toward all things science from a young age. At about 8 years old, she identified a bee orchid plant (also known as an Osphrys apifera), based solely on her mother’s verbal account of it. While recalling this moment in her autobiography, Cecilia Payne-Gaposchkin, she said:

“For the first time, I knew the leaping of the heart, the sudden enlightenment, that were to become my passion. I think my life as a scientist began at that moment.” 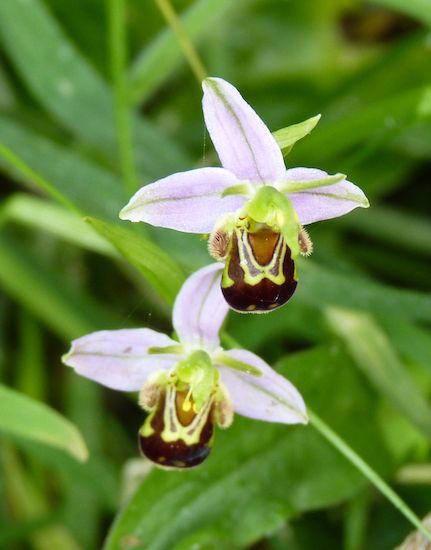 Payne-Gaposchkin’s interest in science followed her throughout high school, where she excelled in her courses. Her dream was to receive a higher education, and in 1919, her dream came true when she was awarded a full scholarship to Newnham College, part of Cambridge University. There, she originally studied botany, physics, and chemistry. However, after attending a lecture on solar eclipses taught by Arthur Eddington, she found a new area of interest: astronomy.

Upon completion of her studies at Newnham College, Payne-Gaposchkin did not receive a degree — the first women to get a degree from Cambridge occurred several years later, in 1948.

A Career Written in the Stars

In 1923, Cecilia Payne-Gaposchkin was offered a fellowship to study astronomy at the Harvard College Observatory in Cambridge, Massachusetts. At the time, she was eager to learn, ready to take on new opportunities, and prepared to move across the Atlantic Ocean. She accepted the fellowship and became the second student to join this program, the first being American astronomer Adelaide Aimes. 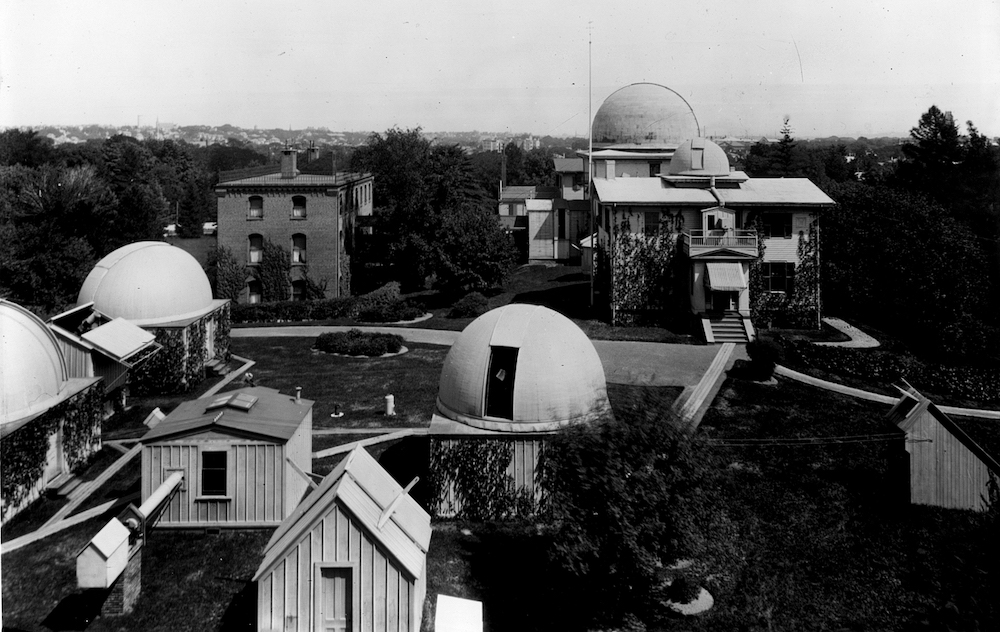 Harvard College Observatory in 1899. Image in the public domain, via Wikimedia Commons.

While studying at Harvard, Payne-Gaposchkin made the revolutionary discovery that the stars and the Sun are predominantly made from helium and hydrogen. At the time, this finding contradicted the common belief that the Sun and the Earth were mostly made up of similar elements (like silicon and aluminum). Due to this reason, highly respected astronomer Henry Norris Russell advised Payne-Gaposchkin not to publish her findings. She listened to Russell and described her controversial discovery as incorrect in her thesis, Stellar Atmospheres, published in 1925. This thesis earned her the first PhD in astronomy from Radcliffe College (now part of Harvard). Astronomers Otto Struve and Velta Zeberg said her work was, “undoubtedly the most brilliant PhD thesis ever written in astronomy.”

Eventually, Russell learned more about the makeup of the Sun and realized Payne-Gaposchkin was right all along. In 1929, he published his work in a paper, ensuring to acknowledge Payne-Gaposchkin’s original research. Today, it’s known that the mass fraction of elements in the Milky Way are made up of 74% hydrogen and 24% helium, further confirming Payne-Gaposchkin’s initial conclusion. 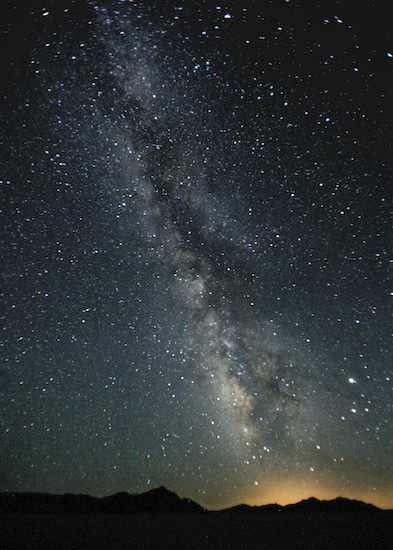 View of the Milky Way. Image by Steve Jurvetson. Licensed under CC BY 2.0, via Flickr Creative Commons.

After Payne-Gaposchkin’s thesis was published, her fascination with the stars soared. She had a newfound interest in studying the structure of the Milky Way, which led her to analyze stars of high luminosity. She went on to observe over 3 million variable stars in the Milky Way and the Magellanic Clouds. She worked alongside several assistants and her husband, fellow astronomer Sergei Gaposchkin. Their research helped determine the path of stellar evolution, which Payne-Gaposchkin wrote about in her book, Stars of High Luminosity.

The Stellar Legacy of Cecilia Payne-Gaposchkin

Cecilia Payne-Gaposchkin’s success goes beyond her breakthrough work on stars. In 1956, she became the first female full-time professor and department chair at Harvard. During her career, she taught and inspired many students who have made major contributions in the field of science, including American astronomer Paul W. Hodge. In reference to Payne-Gaposchkin, Hodge once said, “I never heard her utter an angry word. She met difficulties with first silence and then with well-worded suggestions for solution.” 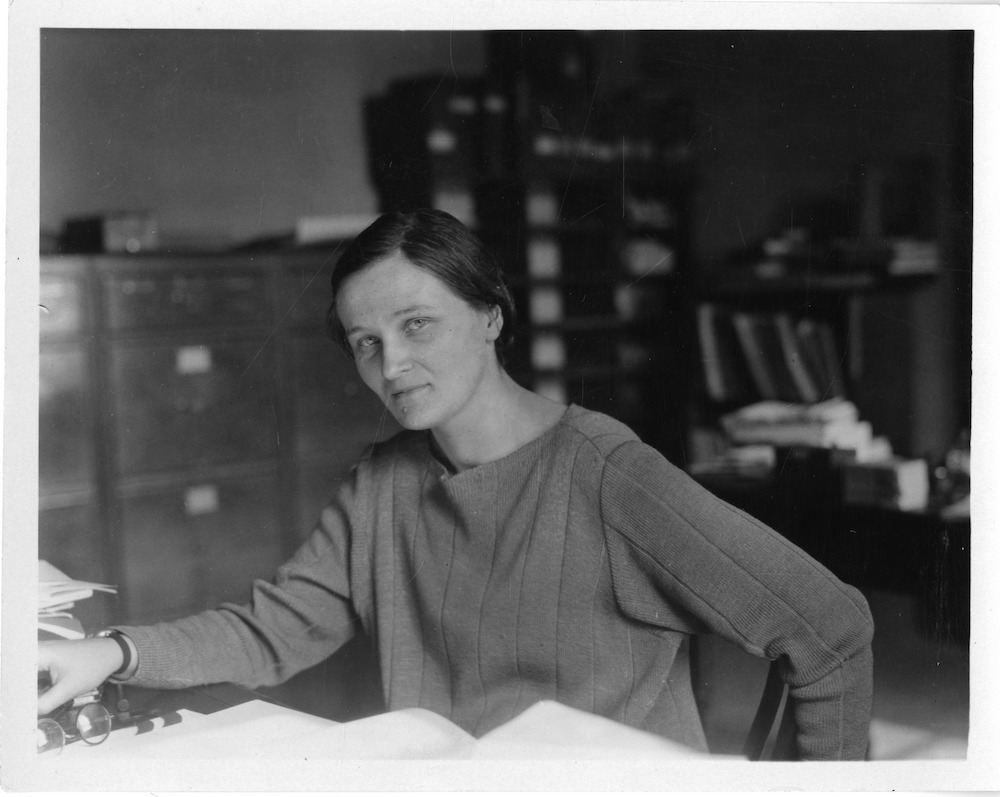 Cecilia Payne-Gaposchkin at the Harvard College Observatory. Image in the public domain, via Flickr Creative Commons.

Payne-Gaposchkin loved to share her knowledge, and she published her findings in several books, which are highly popular in the astronomy community. Throughout her lifetime, she was granted multiple honorary degrees from several colleges. She was awarded the Rittenhouse Medal in 1961 and the Henry Norris Russell Lectureship in 1976.

Today, let’s remember one of the greatest astronomers of the twentieth century, Cecilia Payne-Gaposchkin, and wish her a happy birthday!

Read about other astronomers with similar experiences: