Happy birthday to the Paris-born “father of thermodynamics”, Nicolas Léonard Sadi Carnot. A talented physicist and engineer, Carnot channeled his interest in steam engines into the creation of a theoretical thermodynamic cycle called the Carnot cycle. Through this theory, Carnot laid the groundwork for the second law of thermodynamics, which relates to entropy and heat loss and is still relevant in physics and engineering today.

Fueling a Passion for Engines

Nicolas Léonard Sadi Carnot was born on June 1, 1796 and became interested in math at a young age. His father, Lazare Carnot, was a leader in the French Revolutionary Army and had a background in math and engineering that he shared with his children. He taught the young Carnot about science, art, language, and music in their Paris home. 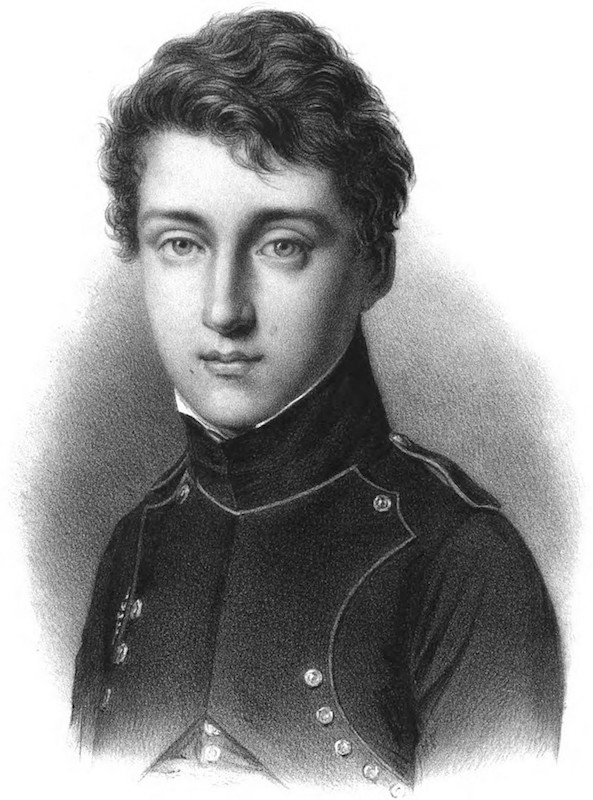 Carnot studied at the prestigious École Polytechnique, known for its mathematical teachings and accomplished professors, including Claude-Louis Navier and André-Marie Ampère. Carnot fostered a lifelong interest in solving engineering problems during his short academic career. Upon graduating, he served as a military engineer in the French Army, but changed positions after he became unhappy with his lack of opportunities. With the General Staff Corps, Carnot was able to devote more time to his personal interests in science and engineering.

After Napoléon’s defeat in 1815, Carnot’s father was exiled because of his part in the revolution. Despite this, Lazare Carnot still encouraged his son’s intellectual pursuits. The father and son kept in close contact and would often discuss steam engines. Carnot believed that the inferiority of French steam engines was partly responsible for the fall of Napoléon’s reign and therefore also to blame for his father’s exile and his family’s loss of prestige. He was motivated to learn more about them.

The Carnot Cycle and Thermodynamics

Although steam engines were widely used in Carnot’s time, there were no scientific theories about how they work. Carnot aimed to fill this information gap by answering two questions:

Carnot accumulated his ideas, and in 1824 he published Reflections on the Motive Power of Fire, which contains the famous Carnot cycle. His cycle maintains a high efficiency by eliminating the study of real-world forces such as friction and heat conduction between engine parts at varying temperatures. Eliminating these processes is what makes the Carnot cycle theoretical and not realistic.

The Carnot cycle functions through the temperature difference between two reservoirs. During the cycle, heat flows (represented by Q1 and Q2) between a hot reservoir, T1, and a cold reservoir, T2. The Carnot engine, C, is placed at the center of the reservoirs. When heat flows between T1 and T2, the engine performs work, W, in the surrounding environment. 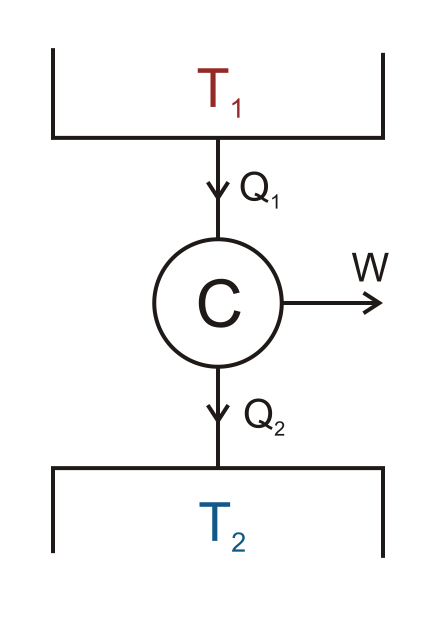 By creating this theoretical steam engine, Carnot answered his questions. When looking into the amount of work an engine can achieve, Carnot discovered that to increase efficiency, you have to reduce heat loss — specifically, the heat lost between engine parts at different temperatures. Unlike in his idealized engine, heat is always lost during a real engine’s cycle. Due to this fact, perfect efficiency can never be reached outside of theoretical situations, and there is a limit to the amount of work a heat source can achieve.

He solved his question about replacing the steam with another fluid or gas by comparing air and steam. He decided that the efficiency of an ideal heat engine depended not on the substance, but on the engine’s internal temperature difference.

In answering these questions, Carnot provided ideas that were later used in the creation of the second law of thermodynamics, which states that the entropy in our universe increases over time and changes in entropy cannot be negative.

Carnot passed away during a cholera epidemic in 1832. Although many of his writings were buried along with him, Carnot’s remaining work still powers many new ideas and concepts. His contributions to thermodynamics remain fundamental for modern-day scientists and have made him known as the “father of thermodynamics”.

The Father of Thermodynamics in the Modern Era

Carnot’s ideas are still used today when understanding and designing engines. For instance, when observing a Stirling heat pump or engine, you can analyze its efficiency by comparing it to the Carnot cycle. We modeled the four steps of the Carnot cycle experienced by a Stirling engine in another blog post. As expected, the efficiency of the modeled engine didn’t even come close to that of the theoretical Carnot cycle. 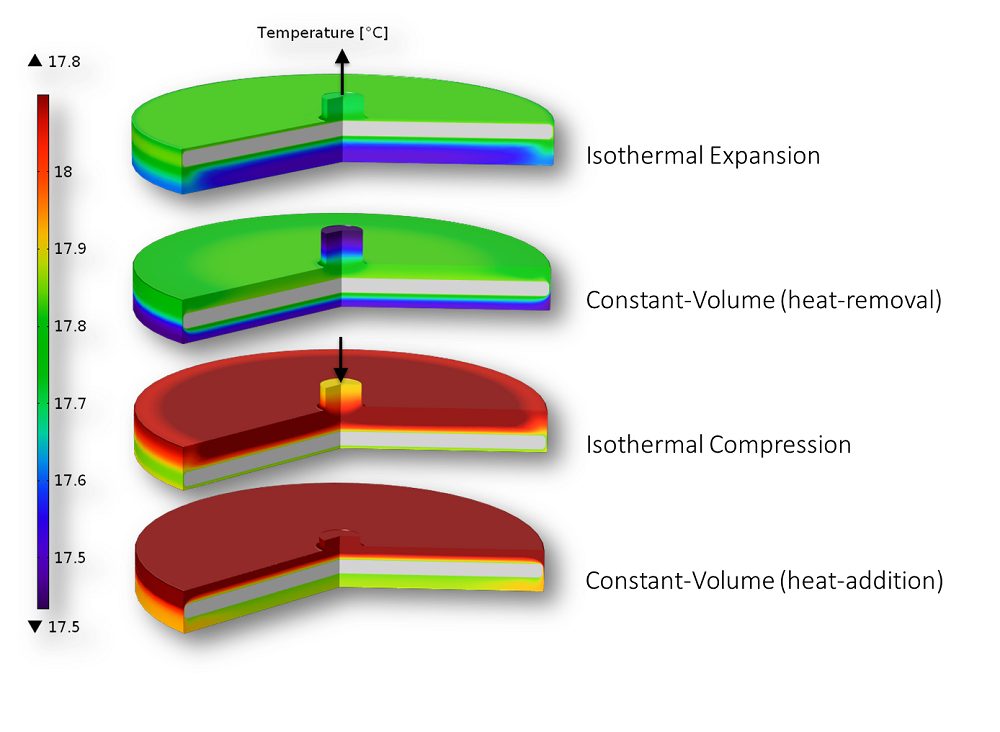 The four steps of the Carnot cycle: Thermodynamic processes in a Stirling engine.