While the concept has been around for quite some time, magnetic cooling technology has only recently emerged as a potential method of refrigeration within households. Here, we take a closer look at how this new technology offers a greener approach to preserving foods.

Conventional refrigerators are one of the largest energy consumers among all household appliances. Because they are always running and rely on compressors, these appliances can leave home owners with a costly electric bill each month. While more energy-efficient models have arrived on the market over the years, the number of refrigerators in homes have also risen, as noted by the 2009 Residential Energy Consumption Survey. The survey emphasizes that these second refrigerators are often older, featuring less energy-efficient systems than their primary counterparts. 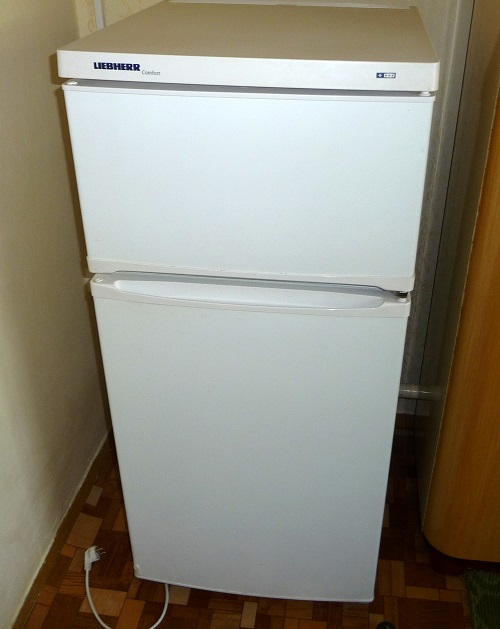 Refrigerators contribute greatly to the energy consumption of a residence. Image attribution: PavelŠevela via Wikimedia Commons.

Greenhouse gas emission is another factor that has led researchers to investigate new methods of cooling. To cool the air, traditional refrigerators use a chemical agent known as a refrigerant. Over the years, many issues have emerged regarding the toxic effects of some of these agents on the ozone layer. While safer replacements have been implemented, the potential for gas leaks is still a cause for concern in these appliances.

Before we can take a step forward in refrigeration technology, let’s take a step back in science to understand the process behind magnetic cooling.

The Science Behind Magnetic Cooling Technology

Magnetic refrigeration techniques are valued for their lower energy consumption in comparison to today’s refrigerators. These environmentally friendly refrigerators also eliminate the need to use potentially hazardous gases for cooling purposes, creating a safer system overall.

Teams of researchers have devoted their time and resources to exploring magnetic cooling technology and its potential use in household appliances. With funding from the Energy Department, researchers from GE developed a refrigerator that replaces traditional refrigerants with a water-based fluid and uses magnets for cooling purposes in the place of a compressor. GE estimates that this new technology could offer 20% more energy efficiency and possibly be on the market by the end of the decade.

Seeking materials with stronger cooling effects, a team of scientists in Canada and Bulgaria analyzed the magnetocaloric effect in the compound HoMn2O5, which is known for its insulating behaviors. Their findings showed that by rotating a crystal within the compound, a large effect could be obtained without having to move the material in and out of the magnetic field zone. As the cooling properties of compounds are discovered and improved, their application in household appliances, like refrigerators, freezers, and air conditioners, becomes a more realistic goal.